Hello Everyone of the 101st Fleet, Welcome to the “State of the Fleet” for the month of April 2014. 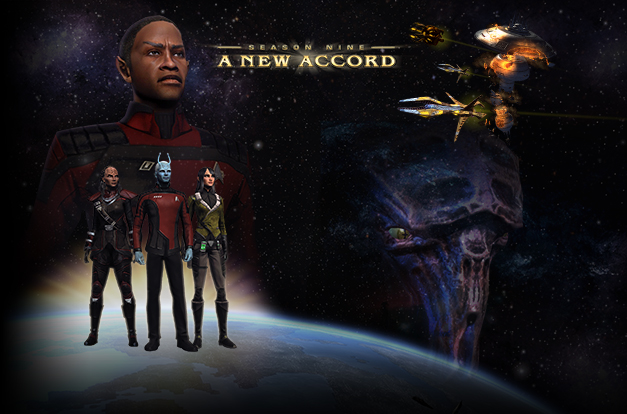 This is Fleet Admiral Aaron with this month’s edition. Your monthly post with what is going on with the 101st Fleet; Equator Alliance; official updates from Cryptic; and other news and tip bits.

Quickly; I do apologise for this delay in this release. Originally I had intended to release it last Thursday. However real life got in the way for me and I have been sick the past 2 – 3 days; but I have managed to get to this. (I really do enjoy typing these; so i was kicking myself for the past 2 – 3 days).

First Off; this months “Featured Ship of the month” has been released. Captain Ulaan’s USS Reisen is a Comet Class science ship has been posted onto the website for everyone to steal a peck at :). For you that don’t know, Captain Ulaan’s ship is definitely a science ship that can scramble your ships mind that bad it thinks it is a freighter :). This ship is a major danger and her captain is well experienced in PvP fights; having fought many of the fleet’s best captain’s and ships.

Check it out. Again many thanks to Captain Bill for doing the article. Also; the “Featured Ship of the Month” for May poll has been completed. Congratulations to Captain Saleen and her USS Juggernaut for winning the poll. Your ship will be featured soon. The featured ship for the month of June poll is now live on our facebook page.

As usual, facebook has been pretty activate when some nice screenshots and video’s/content being posted on our page. Please keep it up as I enjoy reading every post.

We have had several more “Captain’s Logs” posted by Captain Kayilee, Captain Bill and myself. I have especially enjoyed the Captain Logs from the other two captains. Everyone; please feel free to create some content or start testing the waters with your own Captain’s logs, remember this is your website to post and decorate with :).

Captain Brian continues his STF and PvP training for fleet members; remember in the fleet roster if someone has a comment of “101stSTF” or something similar; they are members of the fleet who are more than willing to train and actively help in fleet matches. Also remember if you need any assistance please feel free to speak up in Fleet chat. Also if you need ship building experience please post on our forums so a helpful fleet representive can comment and make recommendations.

in 101st Fleet matters; we have managed to reach a major milestone. The 101st Fleet now has our own Tier 5 shipyard. On April 12th we finished the project and the 101st Fleet’s shipyard went to tier 5.

“I am become death; shatterer of worlds”

I would like to thank everyone who contributed to the project. Great work everyone; this shows how dedicated and communoity minded our fleet members are; and I am especially proud of everyone of you 🙂

In even bigger news; we are also on cooldown for our tier 5 starbase upgrade. In the next 11 days our upgrade will finish and the 101st Fleet will have a T5 starbase. Again; great work everyone.

The 101st Imperial fleet is always looking for Klingon players to join; so if you are interested please contact Vice Admiral Leo in-game or via a in-game message or mail item. 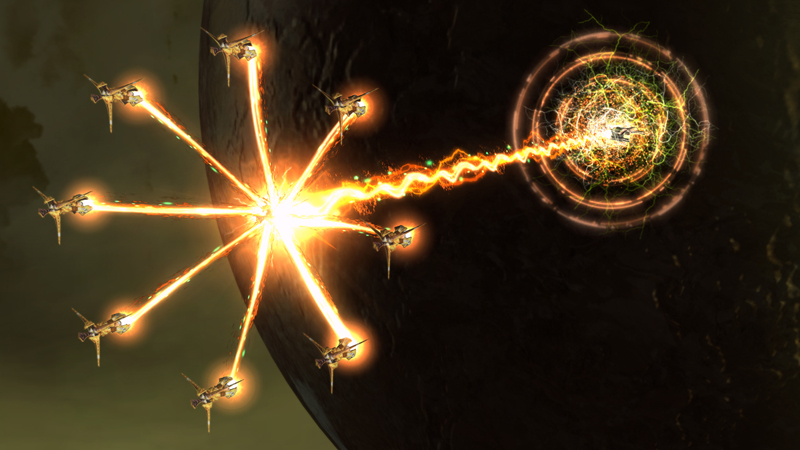 The Featured episode is called “Surface Tension” and is a contiunation of the Season 8.5 featured episode. In this episode the major powers come together to decide what to do with the latest sphere found. However the Undine quickly make it into a race against time. You will visit iconic designations as well as fight with some well known characters. All in all this is one of the best featured episodes I have ever done. Definitely one you want to play as soon as possible.

There are also several new PvE missions that feature the Undine (Species 8472) as the enemy. Undine Assault takes place in space, where you need to defend one of four planets (determined on random when you warp in) against the Undine, the the Undine’s planet killer. This is a extremely fun missions, however it is heavily team orientated and things go a lot smoother if the team members work together.

The next mission is Vicious Cycle. Another space missions; this mission pits your task force to enter fluidic space and destroy planet killers in their shipyards before they can be launched. You will be facing significant defensive’s from the Undine. However this mission is alot of fun. Especially the movements of space around your ship which can move your ship around a bit :).

The next missions is a Undine ground mission called “Undine Infiltration”. This mission requires you to ask the Bajor people of a city questions based on clues or evidence. You can either then set them free or detain them under suspicion of being a Undine Infiltrator. After this the mission switches to a chase of a Undine operative into the depths of Bajor itself. This mission requires a keen eye for clues, and is a nice break from constant combat missions where you are shooting the entire time.

Also the new Earth Space dock interior and the Sol system exterior are also live with this season. Great improvements and something I have enjoyed seeing upon each time I warp into system.

In Equator Alliance news; things have been pretty good. At this time I can announce that the “Equator Alliance” Website has gone into beta and the alliance representatives are currently testing the website out. So far the website is looking pretty good and we are starting to find out legs with the website. More news will follow as I get official word on the tests and other items.

Until then, I wish everyone a wonderful day and I hope to see you ingame; happy captaining.