Were coming to you live from the Delta Quadrant, where my ship is assisting allied and alliance forces in charting out what has happened to the delta quadrant since Voyager left it so many years ago.

Captain Confuto’s ship, the USS Riviera’s featured article ship is now on our website. Captain Confuto has been a long standing member of the fleet, and is always up for some fun, good teamwork and laughs along the way. His Excelsior class ship is nothing to sneeze at and her captain is very experienced flying her. Check out the article, its a awersome read 🙂

Shout out to the Fleet Administrative team, being as busy as they have been, we all appreciate your hard work and effort its takes to bring us these articles.

Commander Matthew’s USS Forward Unto Dawn will be featured in the November featured ship article. Commander Matthew is a commander of a Fleet Soverign, one of the many in the fleet. So I am looking forward to the article.

Currently, the poll for the featured ship article for December is on facebook, so vote for the ship you wish to see in a featured article. Also remember everyone, if you wish to have your ship placed down to be a contender to be voted for, please either message on our facebook page or message me in-game to have your ship nominated.

Our facebook page as usual has been pretty active with posts, screenshots, and articles from our fleet members. I enjoy reading each one and seeing what everyone is thinking or doing. Again, as usual if you wish to join our facebook page please send search for “101st Fleet” on facebook and request a invite.

There has been Four new videos from Ieon Productions 🙂 These are some great videos and as always Admiral Ieon does quality work 🙂 Please check the videos out below.

Theres Klingons on the Starboard Bow

101st Fleet has had a fairly quiet period of late, we are edging ever closer to Tier 5 engineering in our Fleet Starbase. which gets us all kind of Elite weaponary goodies for our toons 🙂 We are currently at 232K/250K needed to unlock the Tier 5 upgrade for engineering.

Again, thanks go to everyone who contributes to the starbase, I know it helps yourself out, but seeing this fleet always come together to help one another out is great to see. Senior Fleet Command appreciates your efforts 🙂 Thank you.

Also, please remember we do have a Klingon fleet. The 101st Imperial Fleet is looking for honourable warriors to join their cause. Please speak to Vice Admiral Brian or Captain Bill about the details.

Well, we are here ladies and gentlemen, DELTA RIISNG is live and in swing. This new expansion takes us exploring the Delta Quadrant many years after Voyager left it. We will see many species and enemies.

We will also see new starships, Tier 6 variants across Federation, Klingon and Romulan players and factions. Theres some interesting ships at T6 that have been released, and more are on the way as we head into a brave new word of Star Trek Online.

As part of the ship advancement program, Cryptic have released a “Ship Upgrade Token” that allows your C-Store Zen ships, and your fleet ships to be upgraded to T5-U or Fleet T5-U status. The cost of these tokens are 700 Zen each, or 2000 Zen for a pack of four of them.

Also, If you say upgrade a Fleet Soverign Class ship on one toon, for all other toons that have that ship, their upgrades are free. Also, Lobi and Lockbox ships are free to upgrade and do not require a token.

There has been some changes to the Equator Alliance “house rules” which in a sense are rules for conduct in the Equator Chat Channel. As well as suggestions or base rules for how to conduct team events or equator lead team mission or STF runs. Please check below for the modified rules.

1. The default loot policy of the Equator channel for alliance matches is Greed or Pass; however, individuals may follow a different policy if they desire, on the condition that the entire team agrees. The player who is creating the match is expected to state the looting policy before the match begins.

2. No Equator fleet is required to offer map access, nor will restrictions be placed on the ability of a fleet to govern the acceptance of map invitations. All Equator members are permitted to request map access if allowed by their fleet. Shipyard access is at the discretion of the inviting fleet.

3. While anyone using the Equator channel is expected to have a thick skin, targeted bullying and harassment is forbidden. Abusive players will be warned verbally by an Equator admin or a fleet officer, and reported to their fleet leaders. Repeat offenders will be kicked from the channel. Offenders who rejoin Equator and continue their abuse may be muted – a punishment which is currently permanent.

4. It is expected that anyone who joins a match on Equator will do their best to be a good team player. Players are expected to bring ships/gear appropriate to the mission and to warn their teammates if they may need to be carried (while working on getting gear, having connection problems, etc). Players are also expected to have Team chat open and to communicate and listen to directions as needed.

5. Equator membership applies to accounts rather than characters. All Equator privileges are available to every character on an account as long as one character is in an Equator fleet or otherwise allowed access to the Equator channel (via Affiliate status, etc.).

The Equator Admins may, at their discretion, make or amend a set of rules for expected behavior both on the Equator channels/forum and during activities planned via the channel or scheduled as alliance-wide activities on the Equator website.

There are three distinct areas from which players may be temporarily or permanently banned from Equator as punishment for breaches of conduct. If a player’s poor behavior is extreme and the player ignores demands for said behavior to stop immediately a player may be temporarily banned/removed from any of these areas without a formal warning first being issued while an appropriate course of action is decided. While it is preferred that a player only be removed from the area of Equator in which the breach of conduct occurred (in-game channels, matches/events or the forum) it is understood that banning or removal from one area may also remove a player’s ability to participate in other area

Evidence required: Screenshot, 2 credible witnesses or witnessed by an admin

Punishment: Formal warning noted in admin’s log for 3 months, after which it is removed. Any repeat offense during that time may result in a first strike

Issued for: Major breach of conduct or repeat of problem behavior(s) within 3 months of the issuance of a formal warning. (Players may receive a first strike without first receiving a formal warning if the offense is severe enough)

Evidence required: Screenshot, 2 credible witnesses if screenshot not possible, or witnessed by an admin

Punishment: First strike noted in admin’s log for 6 months, after which it is removed. Any repeat offense during that time may result in a second strike. Player may also be kicked from the Equator channel or banned from the Equator forum or matches/events for up to one week

Issued for: Repeat of problem behavior(s) within six months of the issuance of a first strike or returning to Equator channel or matches/events during their ban period.

Evidence required: Screenshot, witnessed by two credible fleet officers if screenshot not possible, or witnessed by an admin

Punishment: Second strike noted in Admin’s log for one year, after which it is removed. Any repeat offense during that time may result in a third strike. Player may also be kicked from the Equator channel or banned from the Equator forum or matches/events for up to one month.

Issued for: Repeat of problem behavior(s) within one year of the issuance of a second strike, returning to the Equator channel or matches/events during their ban period. Extreme breaches of conduct may also result in an immediate Third Strike at the discretion of the Admins

Issued by: joint decision by Admins

Evidence required: Screenshot or witnessed by an Admin

It should be noted that regardless of any punishments issued by the Equator Admins, no punishment is expected by the player’s home fleet. However, fleet officers are free to offer further punishment if they deem it appropriate. The appropriate fleet representative is to be notified of any problem behaviors of their members on the Equator channel or forums by an Equator Admin even if these behaviors do not yet warrant a formal warning but have the possibility of receiving one if the behavior continues.

Also, please remember to always keep your team chat window open, in case something happens and a team member needs assistance or a team lead issues a order, you will need to have your window open to see it. This is to ensure everyone has fun, but can still keep communication open to ensure that we give the best possible chances to successfully complete a mission or STF.

Next Months “State of the Fleet” will be posted on Saturday 15th November 2014. As we head closer to the end of the year, we can expect more exciting things coming from Star Trek Online and the 101st Fleet as a whole 🙂 With Christmas just around the corner as well as Q’s Winter wonderland, I am sure it is going to be great :).

Q pops in “Oh, you have no idea Admiral, I am just fun planned for you and your fleet in my magical winter wonderland, see you there 🙂 “

Great, I think we will need to prepare ourselves come Christmas again guys, looks like we have Q’s attention again :).

This is Admiral Aaron, Live from the USS Zuikaku’s Captains ready room, signing off, Stay safe out there in the Delta Quadrant, and I hope to see you around ingame :). 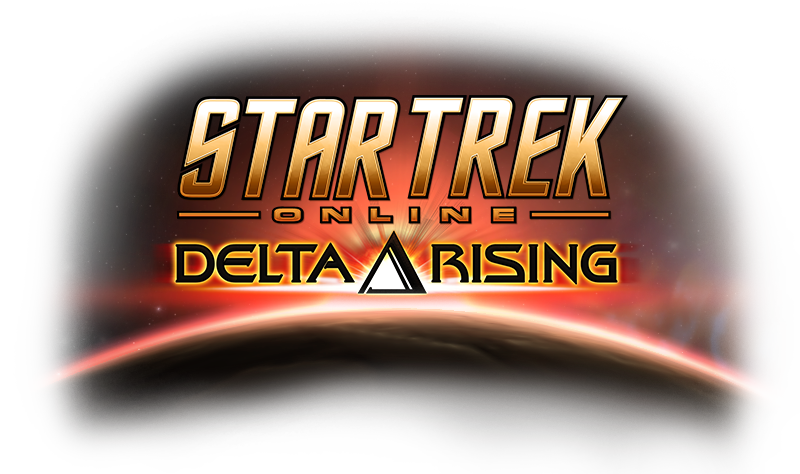