Task Force Eleven, a recently created task Force under the 101st Fleet. Created by Admiral Aaron S. Lawford under his direct command. In response to the escalting tensions regarding the Iconians. Admiral Lawford, took the USS Zuikaku, along with the new deployed USS Aleutian, USS Amsterdam, and USS Colquhoun, and combined them into a small task force, under the 101st Fleet flag.

From Stardate 92689.64 to Stardate 92875.57, the Aletuian, Amsterdam and Colquhoun, using temporary crews from Starbase 101; were run through a series of tests and shakedown cruises. These tests were to confirm the new equipment, tactics, and recently assigned Yellowstone Shuttle squadron, the 73rd Yellowstone Squadron “Targ Maulers” were battle ready.

Once the tests were completed, the ships picked up their permanent crews and assigned captains. With escalting warnings of a immeditate Iconian attack, Admiral Aaron assigned Task Force Eleven its battle stations.

No one could predict what would occur…. 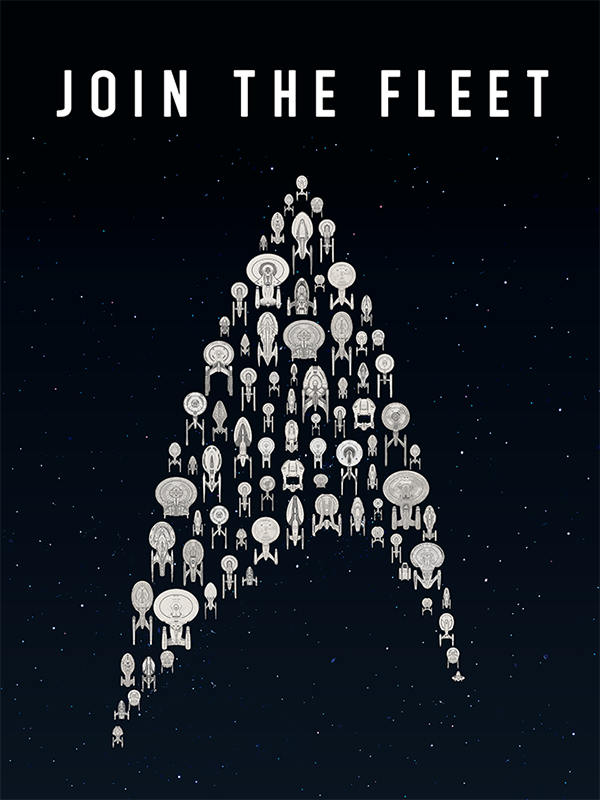 This blog is a role playing post based on the first experiences of Task Force Eleven in the Iconian War. You will be hearing from the ships crew and captains, as they face the grim reality of the most destructive war known to the Federation.

The Aleutian is limping home at the moment, towards starbase 169 where we will undergo emergency repairs, to enable us to conduct the long trip back to Earth to fully complete our repairs. The Aleutian was part of a task force defending New Romulus when the Heralds launched their main assault on the planet.

We didn’t even knew what hit was, before we were even aware of the size of the enemy force we and the Amsterdam were fighting for our lives on our assigned sector. The ship has sustained extensive damage, and it is by an act of fate we are even alive. However, for 98 of my crew, they weren’t lucky enough, including my chief engineer and security officer. With 98 dead, and 197 crewman wounded.

We have barely been a crew, only working together for 2 weeks since we boarded the ship at Starbase 153, and barely have gotten a chance to know one another. However it feels like I have lost several family members.

Since I was liberated from the borg many years, I have worked hard to get my life back, but as I walk around the ship now, it seems like the crew seem resigned to their fates, of not seeing their families again. Me and the senior staff are working hard to prevent this feeling spreading too far.

However, how does one rally one’s crew, when even the captain feels like when he was still borg. Hopeless to do anything, powerless to stop it, and resigned to watch it all occur in front of him.

I can’t help but see it, the former chief engineer, Lt Commander Uraamyz Gaado, laying lifeless on the bio-bed. I see it when I close my eyes, I see it when I sleep, I even see it in evry window I pass by.

I only knew her for a short period, but everyone in the main engineering immediately tool a liking to her, Uraamyz was from Bajor, rising through the ranks, she had worked hard to become chief engineer of a starfleet starship. She was tough, never letting anyone slack off, but she was also very much a mischief maker, keeping us constantly on our toes.

Commander Gaado would run drills, and halfway through the drill change the parameters of the test, then change the parameters again, like it was a fun game for her. While alot of hated her “pop-drills” she did teach us alot about not taking things for granted, and to be constantly on the look out for anything weird.

Her death during the Battle of New Romulus, has hit the engineering team hard. With structural integrity failing, she was on the move, keeping power cycled and keeping our emergency force fields active. A section of ceiling above main engineering started to collapse. A ensign was under the section.

Without even thinking about it, Commander Gaado rushed to the ensign and pushed him out of the way as the section of ceiling collapsed. The Commander was killed instantly according to the media team. It still doesn’t help the fact I saw the commander placed on that bio-bed, completely lifeless, when just the day before the commander was so full of life.

However, my attention is now on Aleutian, which suffered critical damage through out the ship. With over 8 hull breaches, and extensive damage to the ships engines, shields, weapons and sensor capabilities, we will require Shipyard work for Nine to Eleven weeks before Aleutian is ready for action again.

We will also been meeting our new chief engineer at Starbase 169. No one knows anything about our new chief, but so soon after the lost of our old chief, i’m not sure how well a stranger coming in will facilitate faster repairs.

The Battle of New Romulus has hit the squadron hard. With over 50% fatalities of squadron members on the Aleutian and the Amsterdam, the squadron has a whole has been reduced by 35%. I, myself was almost a statistic, if it went for the heroic actions of my co-pilot Ensign Ricky.

We weren’t even ready for the Heralds. As the battle began and we manoeuvred with out carriers Aleutian and Amsterdam, there was nothing we could do to stop their attacks. Our tractor beams were ignored, and most times the squadron had to avoid kamikaze attacks from the heralds frigates, but we still lost many good people to their ramming.

Halfway through the battle, the USS Aleutian lost all power, and was adrift in space, with Amsterdam and ourselves conducting a furious defense, we were slowly being whittled down, if not for the actions of one gutsy Klingon Captain, we would have all been killed.

Captain Guruh, and his Klingon Tractor Tug IKS Yi-Sung, had seen the Aleutian come to a dead stop, and even though his ship had miminal arms, the captain still drove head into battle, and tractored the Aleutian to safety, all the while firing every weapon he had at any Herald ship that came into range. Which is slightly funny considering this squadron’s history with Klingon’s.

Another of our yellowstones, piloted by a member of the squadron I barely knew, also saved the Aleutian by ramming their runabout into a Herald frigate about to attempt a ramming attack, destroying both ships in the process.

The squadron is in deep mourning, and Commander Irjin, the Squadron Commander, currently stationed on the USS Colquhoun; has told me I did the best I could, in a bad situation. He is right of course, but I now have to decide how I am going to help the squadron recover from this defeat.

The USS Amsterdam is completing her repairs, and will be ready to re-deploy inside of one weeks time. After our battle at New Romulus, we escorted the Aleutian to starbase 169. With the ship nearly repaired, the crew is hungry for payback after the defeat at New Romulus and Starbase 234.

Considering we lost over twenty five percent of the fleet in the first day of the war, we should count ourselves lucky we survived, as many others didn’t. However there will be time to mourn the dead at a later date.

Admiral Lawford has briefed me, and ordered the Amsterdam to the Dyson Sphere gateway entrance, in the Jouret System. The Admiral is convinced that the Heralds are going to launch an attack on the gateway. It does make a certain sense of logic. With some allied ships still in the delta quadrant, cutting us off from the spheres would deny us those reinforcements, as well as any additional intelligence those spheres could give us.

Also considering the initial reports on how the Heralds reacted to our presence near the New Romulus ground gateway, it would not surprise me they would launch an attack against our “offensive” presence.

We will be loading all the surviving 73rd Yellowstone squadron shuttles on-board. I am sure the squadron members are ready to re-engage the heralds, as I have already overheard several squadron members developing potential tactics and weapons to use against what we have learned about the heralds combat tactics.

While the defeat at New Romulus has hit our Task Force hard, I can’t help but be impressed by the crews capacity to keep their spirit’s lifted. I, myself are eager for the next engagement, to make the heralds pay for what they have cost us already.

The Colquhoun is continuing her patrol with the USS Zuikaku near Deep Space Nine. With the Colquhoun’s impressive sensor capability, we are using sensor analysis and data from the Alliance’s several battles to determine if their is a logical pattern to their portals the Heralds use for transportation.

When I queried the Admiral to why he believes this, the Admiral responded that he believes that strategically it would not make sense for the Heralds to potentially allow the Alliance time to convince the Dominion to join with us in the war effort.

I will never understand humans who use emotion to dictate their thought process, even in times of war, when logic is a much more logical and efficient. When I inferred this ideal to the Admiral, he uses his human emotion of “smiling” and responded.

“Captain T’Pur, you need to use your soul and your feelings as one and a whole to guide you through. When working as one, they can overcome any opponent when you dance to the rhythm of life”.

I have never heard such an illogical statement from a human in all my 120 years.

Trying to figure out how the Heralds are using their portals to jump their fleets around, is giving me grey hairs before my time. Even with the Colquhoun’s extensive sensor capabilities, and numerous reports from alliance ships, we still don’t understand fully the mechanics behind the portals.

Captain T’put keeps telling me that regardless of what we see, there is always a logical answer to anything seen, touched, or smelled. Sometimes I wonder, even though she is a Vulcan, how one could completely remove all emotions from one’s self. Just doesn’t seem natural to me, even though I am a complete opposite to a Vulcan, being a Betazoid myself.

What also makes this investigation more stressful, is that we know the Heralds are watching our small task force. Several times the Zuikaku has picked up Herald ships shadowing us, and we are rich targets, two Starfleet cruiser’s out on their own.

Sometimes I wonder if Admiral Lawford isn’t on purpose trying to invite an attack. But for what reason, I have no idea. When I inquired to Captain T’Pur about the Admiral’s tactic’s, and what he seems to be encouraging the heralds to do, the Captain responded.

When I replied back “Isn’t it illogical to invite an attack when you are hopelessly outgunned and outnumbered“.

Captain T’Pur responded back to me “No Commander, from a certain viewpoint, it is the most logical course of action”.

If this how people turned out when they become Starship captains or Admiral’s, I hope no one ever offers me a captains chair.

I hope you enjoyed this little Role playing session. I also do offer a apology. I originally had intended to post this before I went on holidays, but ran out of time 🙂